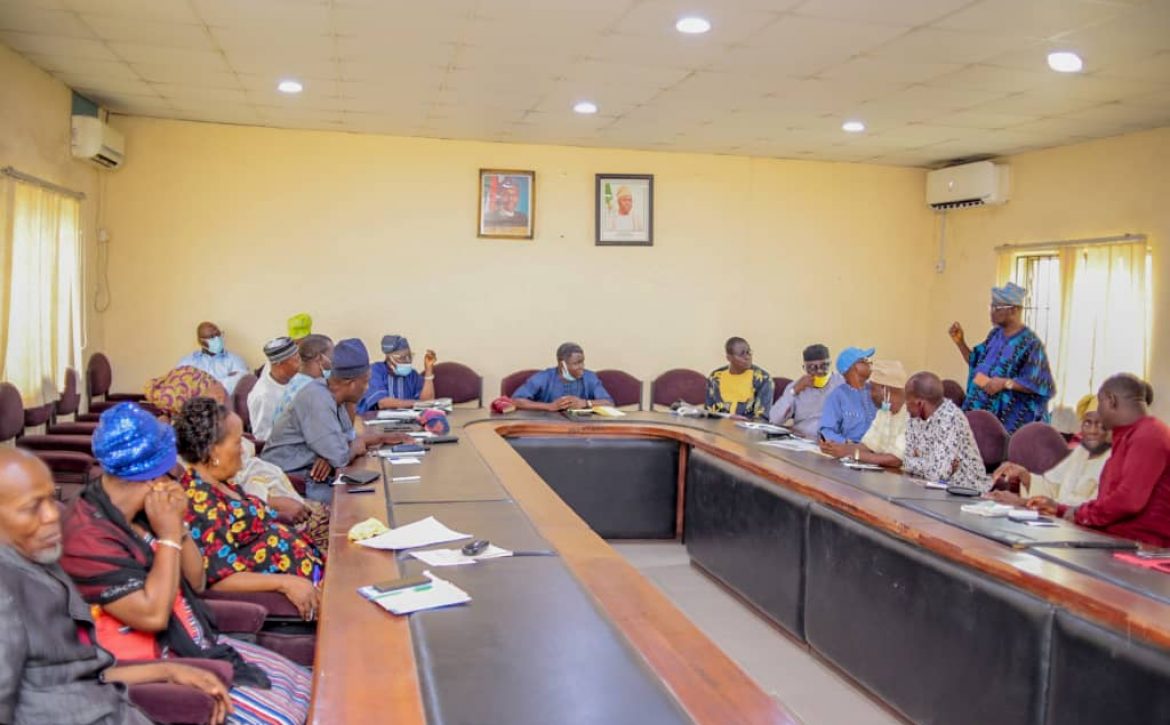 The Chairman, Oyo State Independent Electoral Commission, (OYSIEC), Aare Isiaka Abiola Olagunju, SAN, has urged members of the political parties in the State to intensify more efforts on their preparations for  Local Government council elections in order to  achieve their set goals .

He made the call, while addressing members of registered political parties in Oyo State at OYSIEC Office, Agodi Quarters, Ibadan.

Aare Olagunju, who commended the executives of political parties for their cooperation towards the success of the elections, called on leadership of political parties to further  educate their followers on the need to maintain good conduct during the campaign and on election day .

He hinted that the commission is still consulting on their request for the reduction of  prescribed fee to allow all political parties to participate actively in the elections.

“Our target is to have the election as planned, political parties are equal before us, and we are extremely determined to be transparent”

“We appreciate political parties that have acted based on our request, while  appealing to remaining parties  to kindly do the needful within the time frame agreed upon”

“On our part, the election will be fair, free, credible and transparent” Olagunju added.

In their Separate Remarks, The State’s Chairman, Inter Party Advisory Council, Otunba Adegbenro Fagbemi and  National Vice Chairman, All Progressive Grand Alliance( APGA),  South West, Dr. Samson Olalere,  emphasized the need for political parties to identify localities at which they have the possibilities of emerging victorious during the elections, and strategies  accordingly .

The IPAC chairman also   appealed to all and sundry to give OYSIEC the benefit of doubt, as regard its pledge of conducting credible elections, come May 15, 2021 by participating actively in the poll.

His words “The integrity of OYSIEC team  is at stake, and we cannot judge or conclude that there won’t be a level playing field for all political parties as promised by the commission,  until after the elections”

“The task ahead concerns the electorates, political parties and the umpire itself”

“We  have to come together to develop our dear State, so,  let’s give the commission the benefit of doubt and feed credible candidates for the elections”.

The stakeholders’ meeting, scheduled to hold continually, had in attendance the representatives  of political parties that have presence in the State . 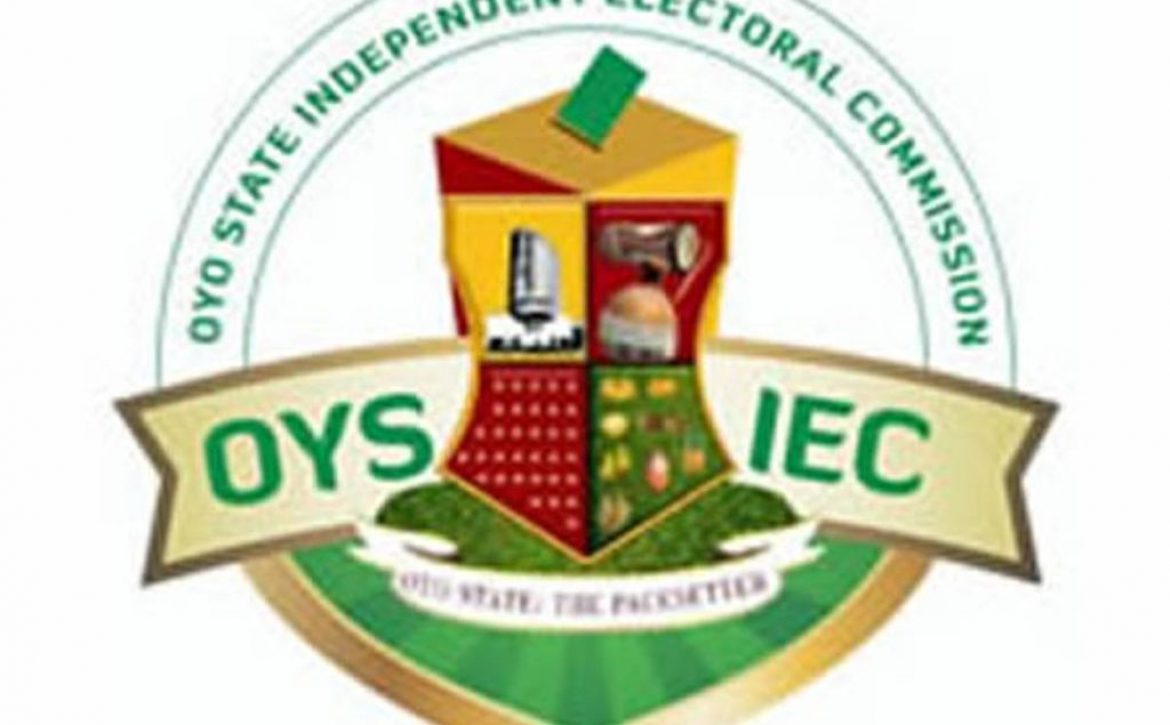 The Popular Gospel Singer, Yinka Ayefele (MON),  has called for better approach to Governance at all arms of Government for the benefit of the masses and generations yet unborn .

Ayefele, who made the call, while playing host to the leadership  of Oyo State Independent Electoral Commission (OYSIEC) at the  Music House, Fresh FM, Challenge,  Ibadan, said it was high time for all and sundry to do things accordingly in order to get desired results.

He expressed concern over irregularities in Local Government council elections, noting that it would be a thing of honour if the narrative could change for better through  members of the current OYSIEC  in Oyo state.

Ayefele, thereafter promised to partner with OYSIEC  by sensitizing the masses  on the need to vote for candidate of their choice during the elections through various radio programmes.

“Local Government council elections should not be business as usual, we will disseminate the information and let the people see the need to trust your commission’

“Our station is  for everybody, we don’t belong to any political party,  we are  assuring you of maximum support towards achieving free, fair, transparent and credible Local Government council elections ”

Speaking earlier, the Chairman, Oyo State Independent Electoral Commission, OYSIEC, Aare Isiaka Abiola Olagunju, SAN said the visit of the commission was meant to seek support of management of the station in a bid to achieve  massive participation during the elections.

Aare Olagunju, maintained that the cost of conducting elections is huge and it will be a share waste of Public funds if we do not have inclusive participation by all. Hence, the need for  people of the State to troop out en masse and vote for candidates of their choice, come  May 15, 2021. 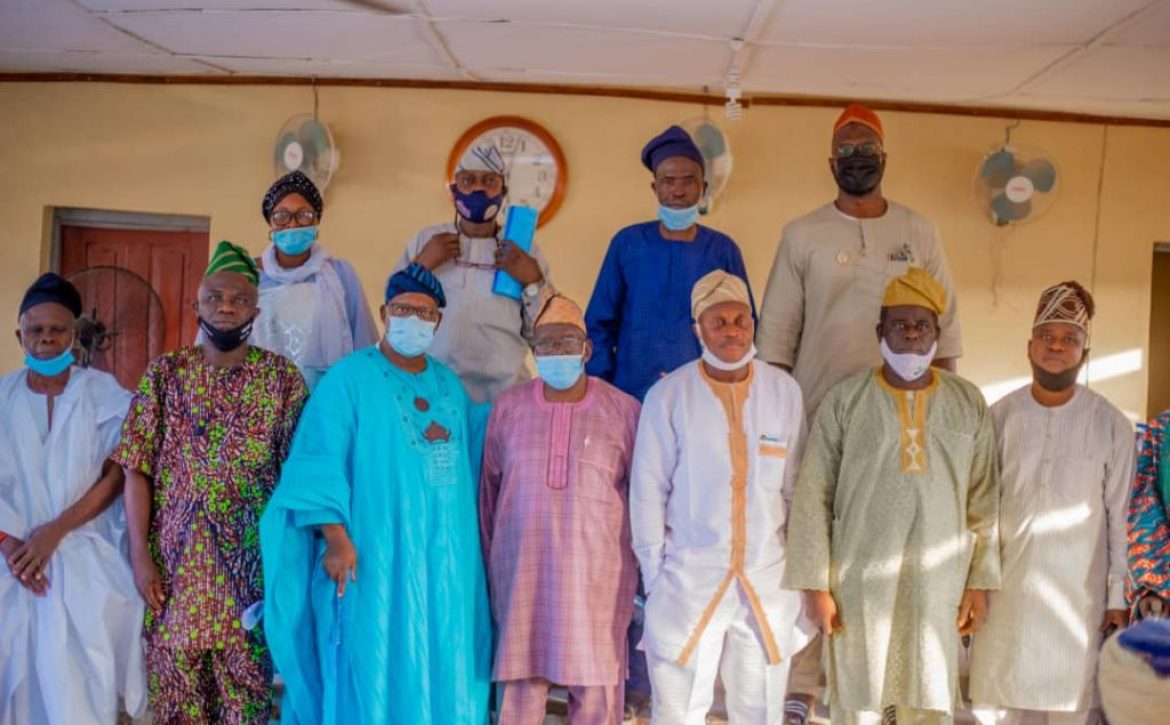 Stakeholders in Oyo town and its  environs have called on  politicians and entire citizens of the State to shun violence  during the forth coming Local Government council elections.

Oba Oyeniyi,  equally  admonished members of all  political parties in the town to  see themselves as family, who should cooperate  for economic and political growth of the area, particularly during the election .

Chief Kunmi Agboola, while speaking on behalf of the commission at Afijio Local Government, said the campaign became necessary to update stakeholders’ in the zone  with necessary information and also gain public confidence ahead of the forth coming Local Government Council elections in the State . 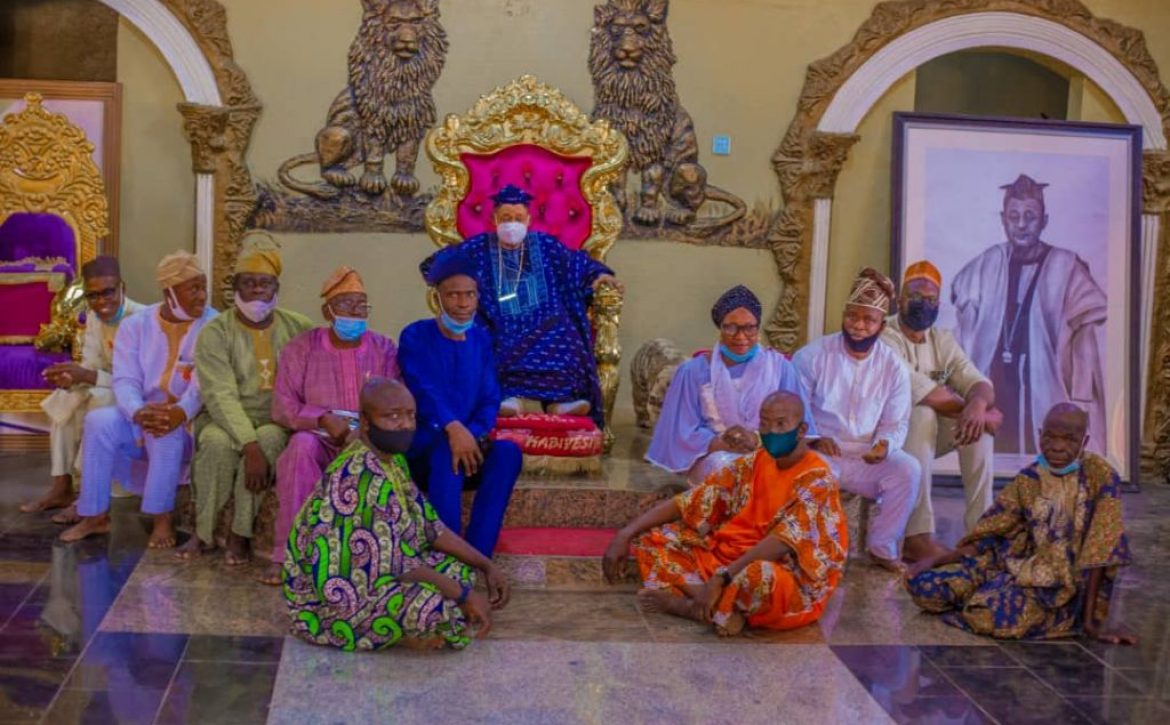 Residents of Oyo State have been urged to elect leaders that would serve and protect their interest in the forth coming   Local Government Council Elections.

His Imperial Majesty, the Alaafin of Oyo, Oba Lamidi Adeyemi (111), made the call, while  receiving members of the Oyo State Independent Electoral  Commission, who were on a courtesy call to his palace .

The monarch, who affirmed the importance of having democractically elected leaders at the local level, harped on the availability of appropriate data  particularly voter’s register on election day  to attain credible polls.

The royal father thereafter called for adequate security during the polls to ensure massive participation by eligible voters.

He therefore promised to mobilize and sensitize the people in his domain on behalf of the commission for the progress of the State.

“Caretaker committee has no business in the management of Local Government affairs, but democratically elected leaders”

“Traditional rulers are mobilizers and moderators in this regards, we will mobilize for the commission and people will respond vividly, but Government should endeavour to put in place adequate security for the exercise”

The Alaafin opined that members of the commission would put necessary measures in place to prevent multiple voting and other vices, urging them to leave good legacy for the State and respective families while in office.

Speaking earlier, the Chairman, Oyo State Independent Electoral Commission, OYSIEC, Aare Isiaka Abiola Olagunju, SAN, represented by one of the commissioners, Comrade Afees Adeniyi, re- affirmed the readiness of the commission to remain truthful to the people of the State.

In his welcome address, Arch Bishop, Ayo Ladigbolu, advised members of the commission to make equity and transparency their watch words.